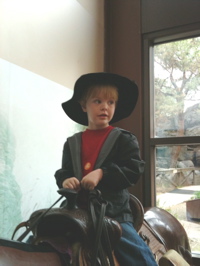 We were at Whole Foods. W. and I had walked there to celebrate his last day of summer camp with a Tofutti Cutie.

We were sitting at a small table outside, next to the exit. Next to us was a young man with a clipboard, asking shoppers over and over, “Do you have a minute for civil rights?”

I was kind of boggling at how few stopped, but then I remembered that this particular WF leans more toward foodie customers than progressives (not that you can’t be both!). Unlike the one in San Diego, where I could hang out all day – but that’s another story.

“Do you have a minute for civil rights?” I thought about it for a second; I knew they’d talked about Martin Luther King, Jr. at kindergarten, but that might have been it. “Do you know what that is?”

“Civil rights is… a lot of people aren’t treated fairly in this country because of maybe their color or how much money they have or being a girl – things that shouldn’t matter. Civil rights is what we want everyone to have.”

“I don’t know exactly, but there are a lot of organizations… that’s a group of people… that work to get everybody the same treatment.” (I hadn’t practiced explaining civil rights to a 5-year-old in advance, so there you have it.)

We sat there for another minute and W. said, “But he’s not gonna ask us.”

I leaned over and said, “Hey, what have you got there?”

He was there on behalf of the ACLU, and gave some examples of the cases they’re taking on.

“They do a lot of important work,” I said to W., then to the guy, “So… have you got a petition, or what are you looking for?”

Selling memberships, it turned out. I don’t usually make charitable contributions on the street – I’ve thought out how much I want to give and who I want to give it to – but I thought it was important to give the kid a small lesson in getting involved, so I did.

Walking home, W. wanted to know how we just fixed that problem. I gave a fairly convoluted explanation of how people like the guy we just talked to raised money to pay lawyers who could go to court and fight for the people who were being treated unfairly…

“Well, no, honey, lawyers do that part.”

“Aw, come on! You know how good I am at fighting!”

I thought back to all the conversations with daycare staffers, starting when he was two-and-a-half, who he’d backed into rhetorical corners. “We’ve been using these explanations with kids for fifteen years!” they’d say.

I thought of all the times he’d backed US into rhetorical corners. All the times we’d diagnosed him with an overdeveloped sense of justice.

“You know what, dude?” I said to him. “I think you could be one of the best civil rights lawyers of all time.”

He shrugged self-deprecatingly. “OK! I’ll be a civil rights lawyer then!”

Posted in Life. Universe. Everything. | 3 Comments »

« On my tempestuous relationship with a certain Crowded House song. (Previous Post)
(Next Post) Christmas is the time to say… ? »

3 Comments  to  A conversation.